Described in the UK as an aggressive and destructive weed, Japanese knotweed can cause a lot of underground and surface damage if it’s not properly managed. Causing weakening foundations and wider property damage, if you suspect Japanese knotweed is growing nearby, you should have it identified and removed before it becomes a costly problem.

Despite being an ornamental plant when it first arrived in Europe in the nineteenth century, Japanese knotweed is considered a damaging and destructive plant. It can destabilise and weaken properties, fences, boundaries and flood defences through its rhizome system. It’s not an uncommon problem, but properties affected by Japanese knotweed will need to contact a specialist for identification and removal services to ensure the roots are entirely eradicated.

Japanese knotweed has a reputation as a potentially dangerous plant, which can grow rapidly and reach as tall as 10cm daily. It was even identified by the Environmental Agency (EA) as “indisputability the UK’s most aggressive and invasive plant”. As a result of its rapacious growth, Japanese knotweed will easily overwhelm a garden, affecting other local flora as much as any surrounding or nearby structure or substructure.

This pesky plant isn’t always easy to identify, and although it can look similar to bamboo, they are not in the same family. You’ll recognise Japanese knotweed by its spade-shaped leaves, which can grow up to five and a half inches in length. During the late summer, it can also be identified by its creamy-white flowers. To see what Japanese knotweed looks like, check out our pictures in our Japanese Knotweed gallery.

Failure to control Japanese knotweed on your property, and letting it spread to a neighbour’s garden can now lead to prosecution and quite a hefty fine for anti-social behaviour as well.

Schedule 9, Section 14 of the Wildlife and Countryside Act 1981 states that “if any person plants or otherwise causes to grow in the wild any plant which is included in Part 2 of Schedule 9, he shall be guilty of an offence”. (Japanese knotweed is a Schedule 9 listed plant).

But updates to the guidance documents now specifically name Japanese knotweed alongside Himalayan Balsam and Giant Hogweed as a source of “serious problems” and state that individuals failing to control the troublesome triffid will have committed a criminal offence and be liable for a fine of up to £2,500. Not sure if it’s knotweed? Check out our article on plants that look like Japanese Knotweed. 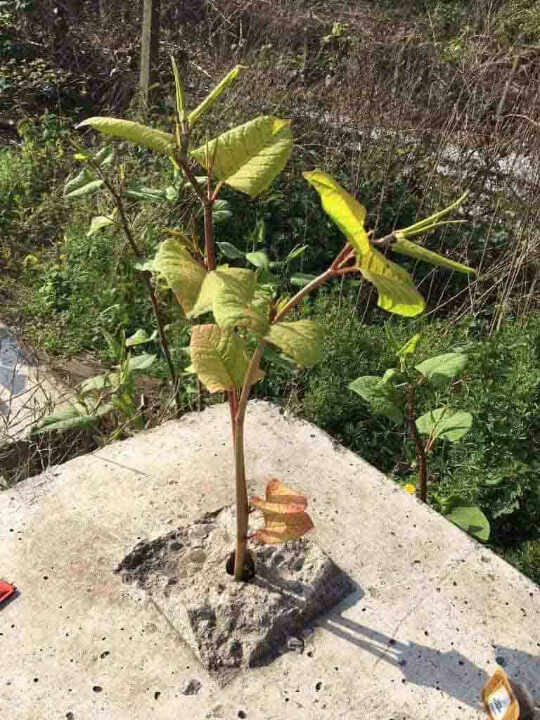 The Cost of Allowing Japanese Knotweed to Spread

If you notice Japanese knotweed growing in a neighbour’s garden, it’s their responsibility to control it and make every effort to ensure that it doesn’t encroach into your property or another neighbour’s. Failure to do this means that they can be held responsible for damages caused by this invasive pest.

A case earlier this year between two neighbours was resolved after thirteen years, when a judge ruled Ms Line had allowed Japanese knotweed to encroach onto the Smith’s property. As a result the value of the claimants’ land had been reduced by 10%, from £800,000 to £720,000. Ms Line was ordered to employ reputable contractors over the next five years to eradicate the agricultural interloper and also to pay court costs. See more details of Smith v Line Japanese Knotweed case.

If you suspect Japanese Knotweed is affecting your property, get in touch today. 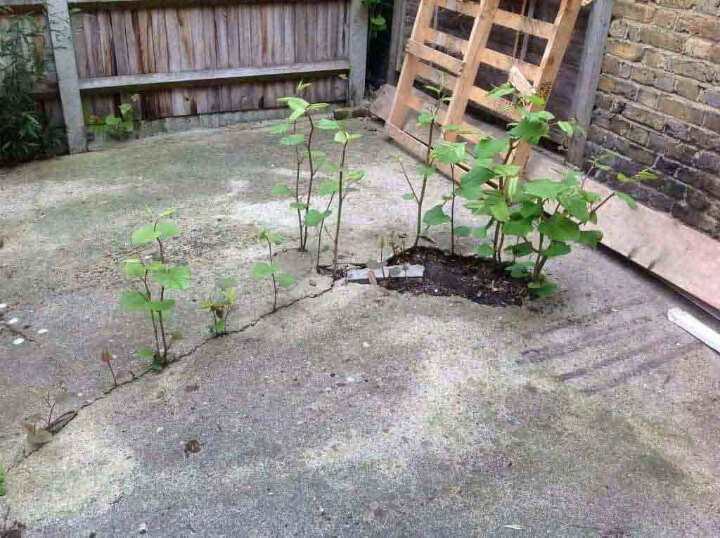