What is Himalayan Balsam?

Despite its attractive appearance, Himalayan Balsam is, just like Japanese Knotweed, considered a problem weed. Due to its size, growth rate and ability to thrive even in low light conditions, it often shadows other plants, starving them of light and eventually completely outgrowing them.
‍

Himalayan Balsam can spread extremely rapidly thanks to the huge amount of seeds it can produce. These seeds are stored in fruit capsules at the top of the plant, which when mature or prodded explode, spreading them far into the air and over a wide area (up to seven metres).

How to identify Himalayan Balsam

‍Originally introduced as an ornamental plant by Victorian gardeners, Himalayan Balsam is an attractive plant; and the unique shape of its flowers has led to it earning the nicknames Policeman’s Helmet, as well as Touch-me-not Balsam.

Send us a message

Thank you! Your submission has been received!
Oops! Something went wrong while submitting the form.

Obligations if you have Himalayan Balsam

Although the roots of the Himalayan Balsam don’t go down as far as Japanese Knotweed, it can still be a difficult weed to get rid of. To ensure a complete eradication, we advise a chemical herbicide applied to the plant.

For help in identifying Himalayan Balsam, you can contact Japanese Knotweed Specialist. Send us a photo and we will provide you with a no-obligation analysis, so you can be sure what your weedy worry is. 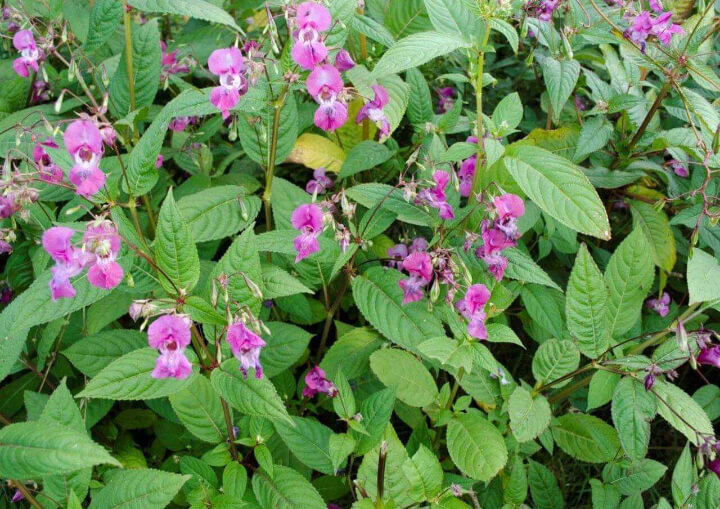